Meet husband and wife team, Magnus and Fiona Smyth – the force behind the TotsBots brand who have built the business literally from the kitchen table up! They developed their original reusable nappy prototype 20 years ago, shortly after the birth of their second child Maia. Watch our short movie about why we love doing what we do HERE.

‘Having used disposables with our first child, we understood the convenience but didn’t want to go down that route again.  We believed that using reusable nappies were preferable not only due to their positive impact on the environment but also to our wallets!  That said, we were less than impressed with the selection available on the market.’

Our daughter Maia was the bum who started it all! After using disposables on our first son, we realised we didn’t want to go down that chemical-filled, waste-producing road again. We tried using existing brands of cloth nappies but we just couldn’t find a brand we liked using. 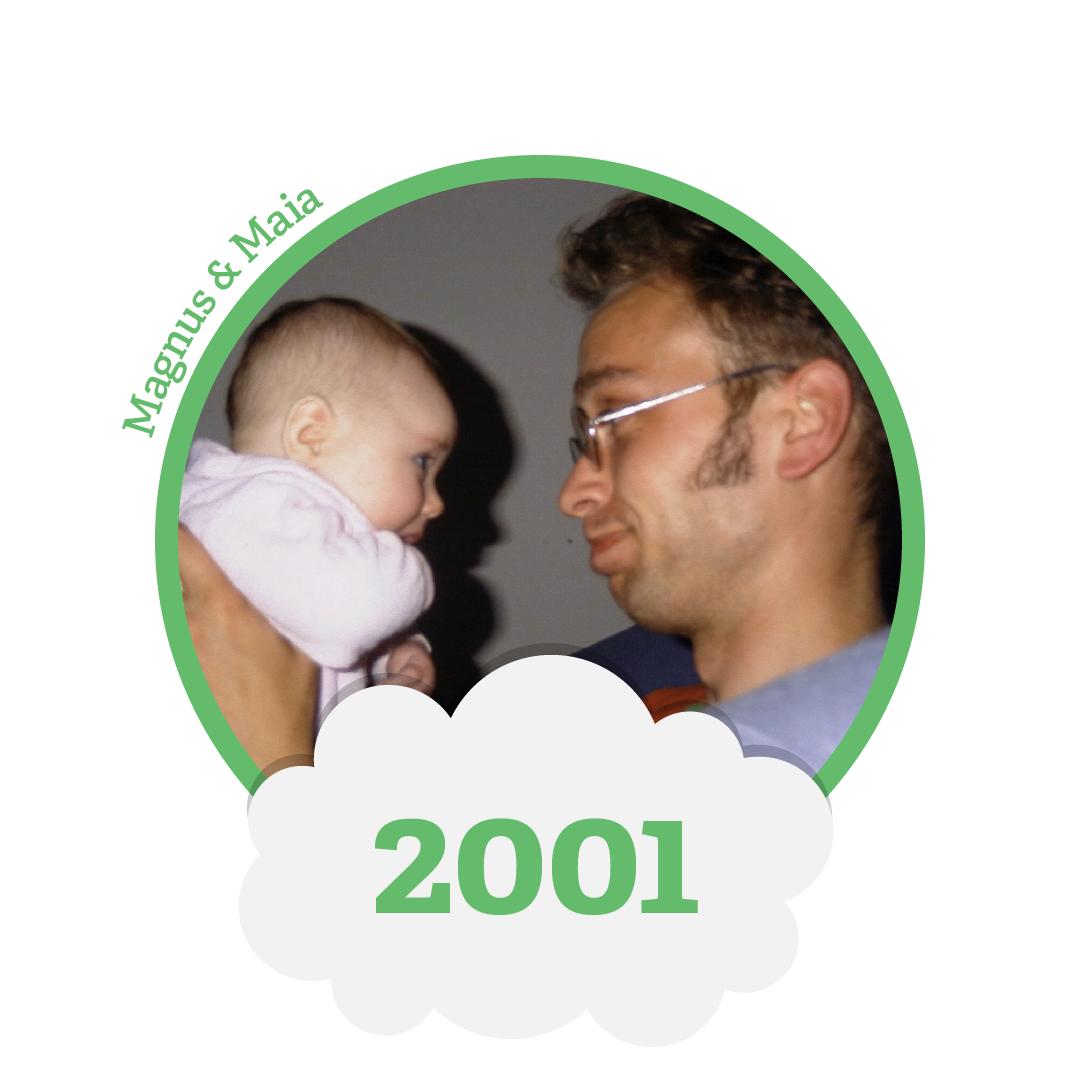 We were determined not to give up on cloth, so we bought 50 metres of towelling and created the very first TotsBots nappy at our kitchen table. We then made one for a friend… then another… and then another! 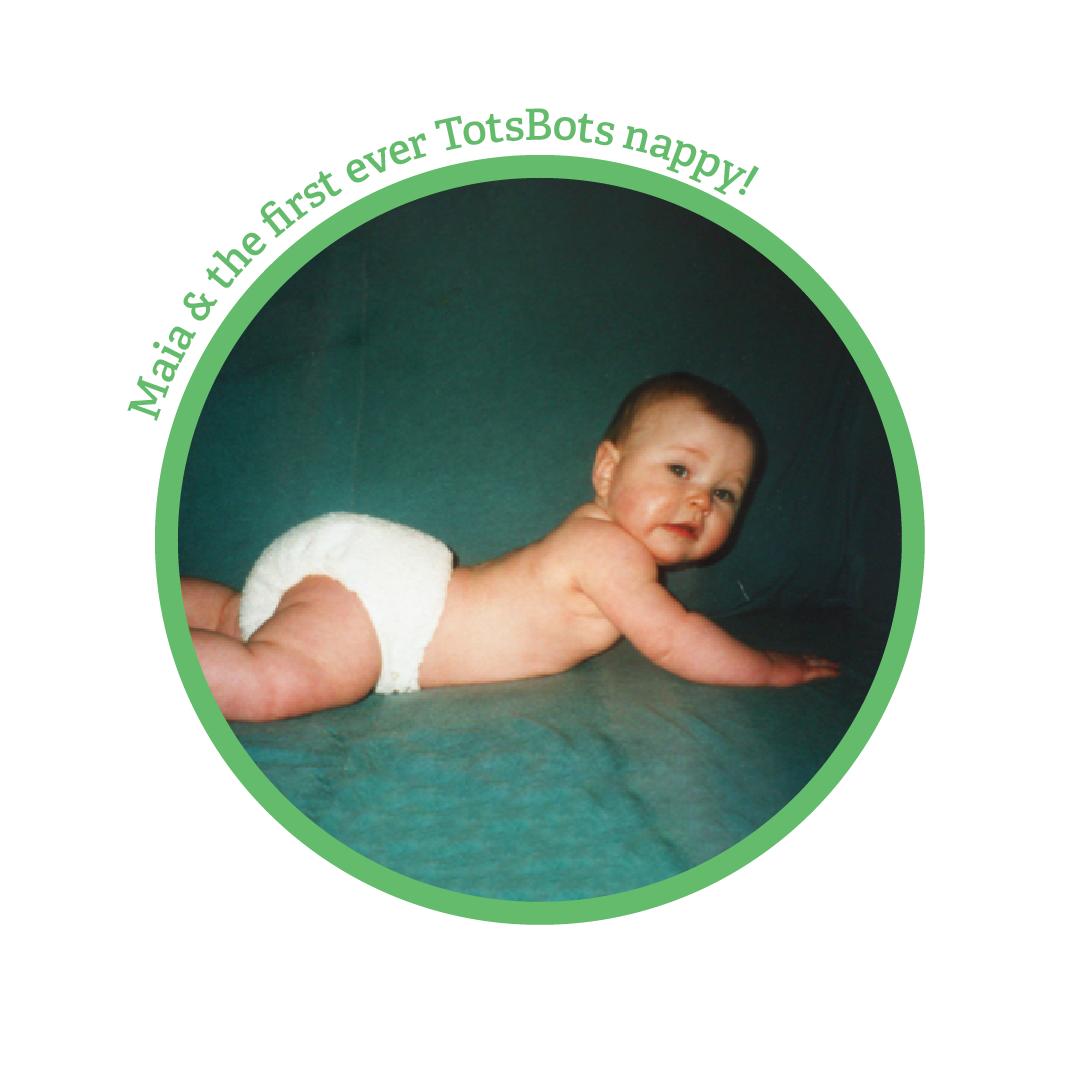 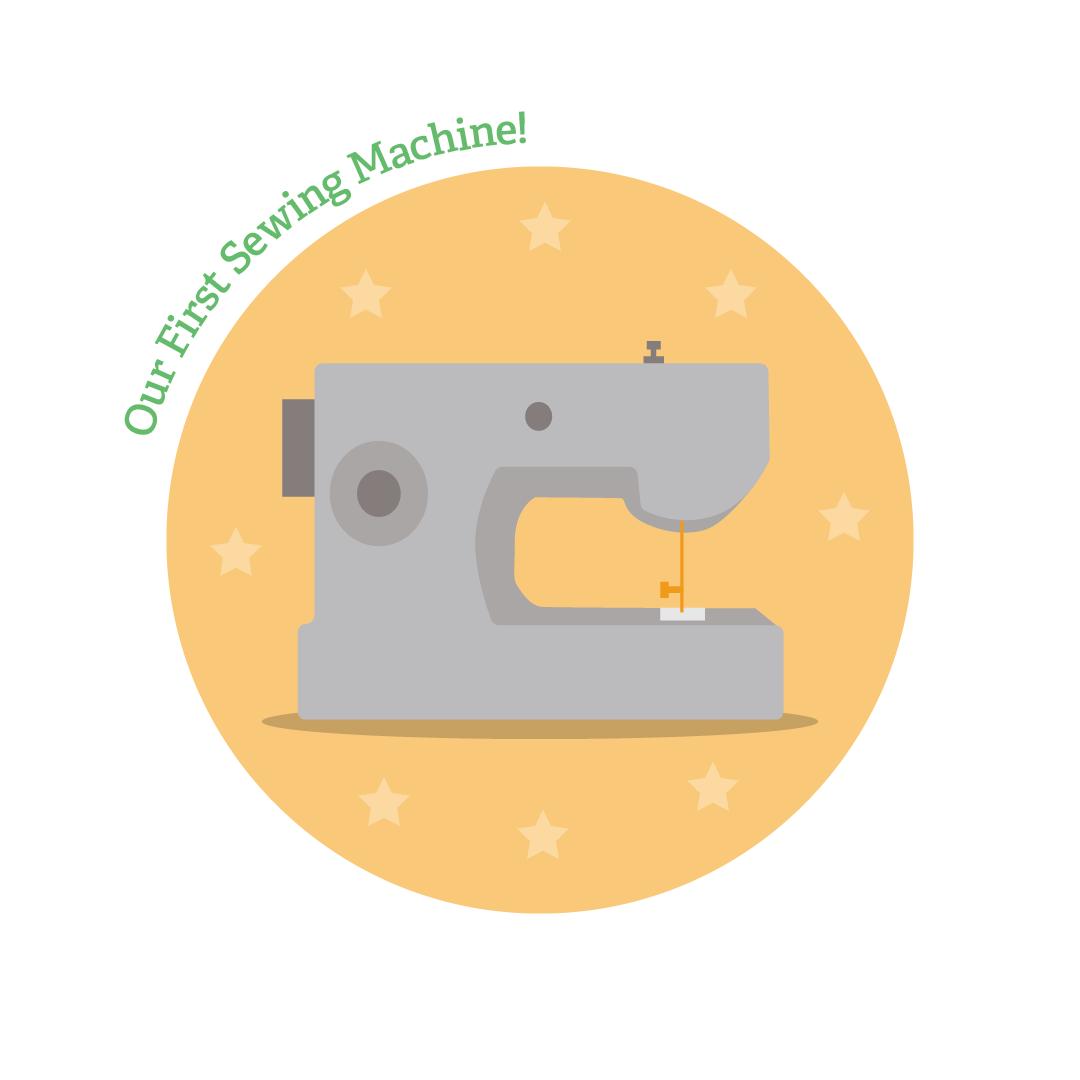 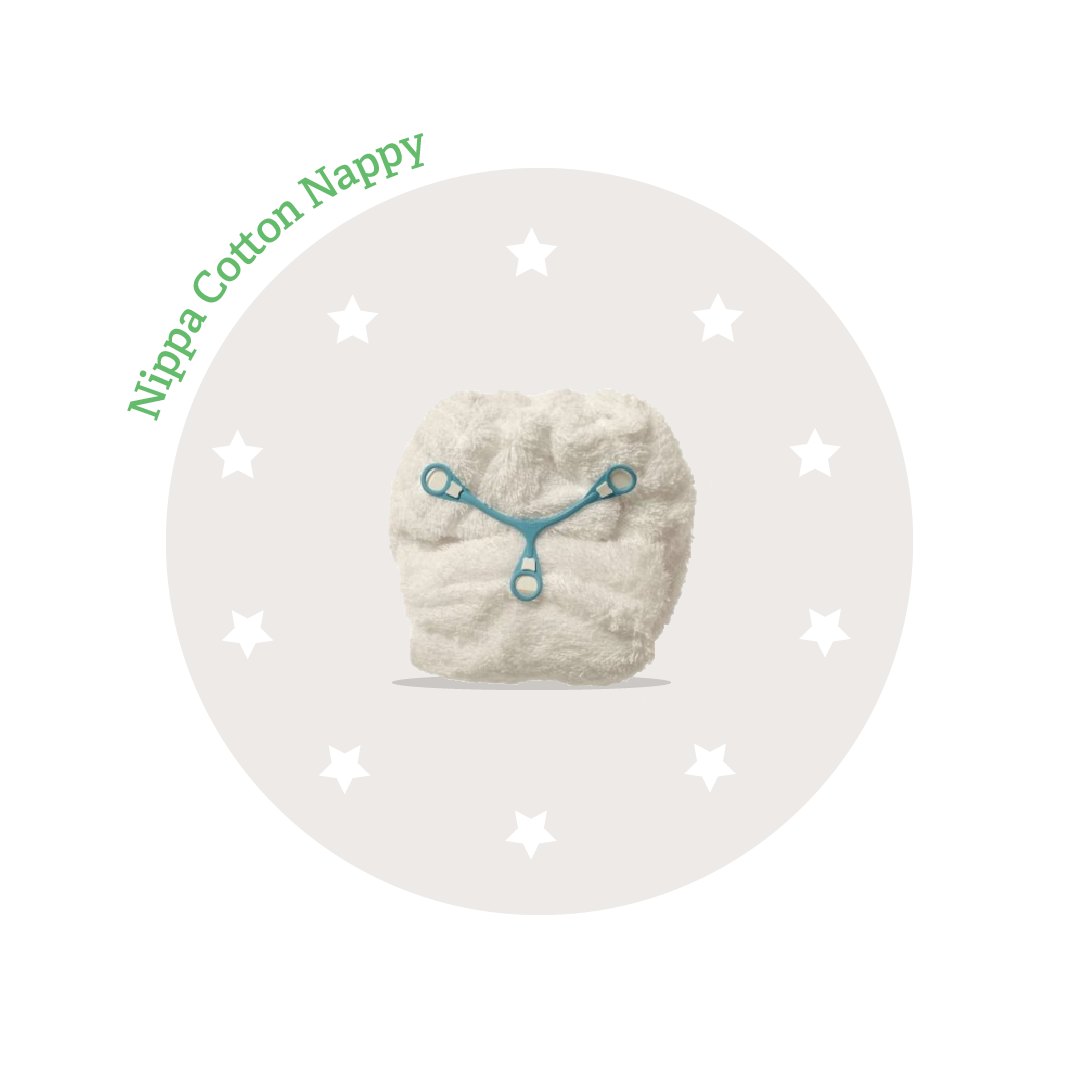 We were ready to start building our brand identity, and that meant designing a logo. Magnus put pencil to paper since we couldn’t afford a design agency. 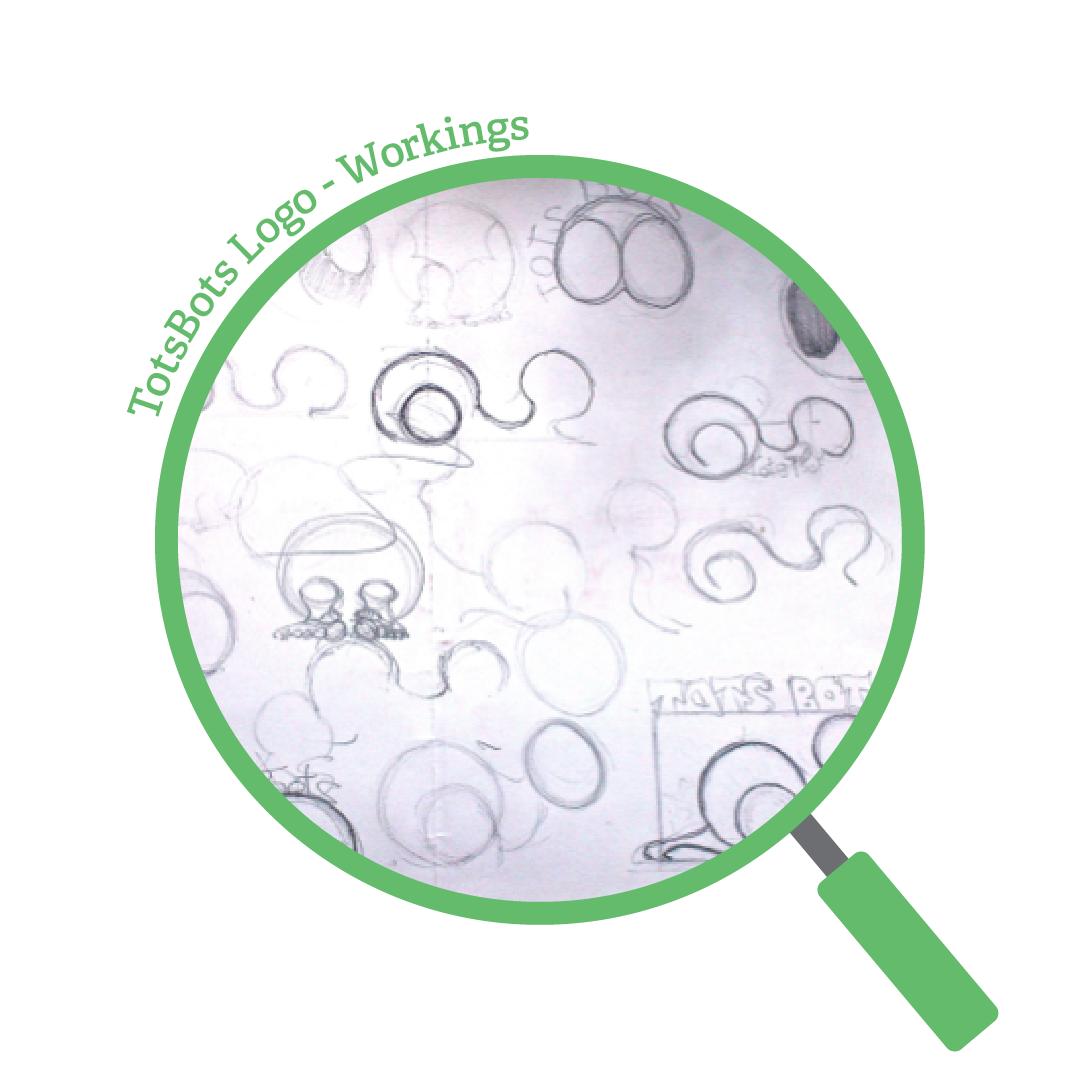 We’d mastered the plain white nappy, so we began tackling the rainbow. After colourful cotton TotsBots nappies launched we just kept on innovating. 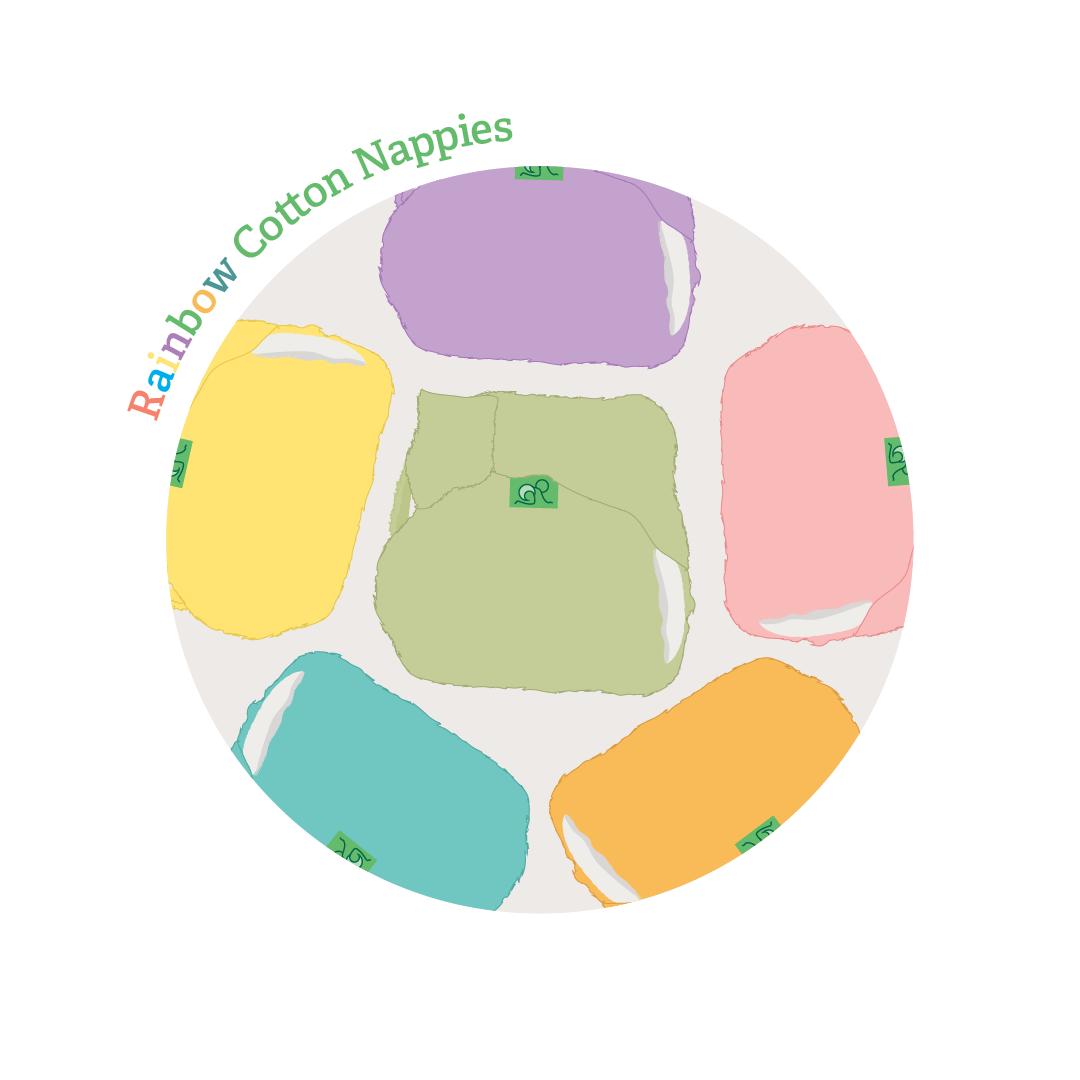 In 2004, we introduced the first ever bamboo nappies into the cloth nappy world. This trailblazing nappy went on to win gold in the Mother & Baby awards! And we’ve scooped another 10 golds since then. That’s more than any other cloth nappy brand in the world! 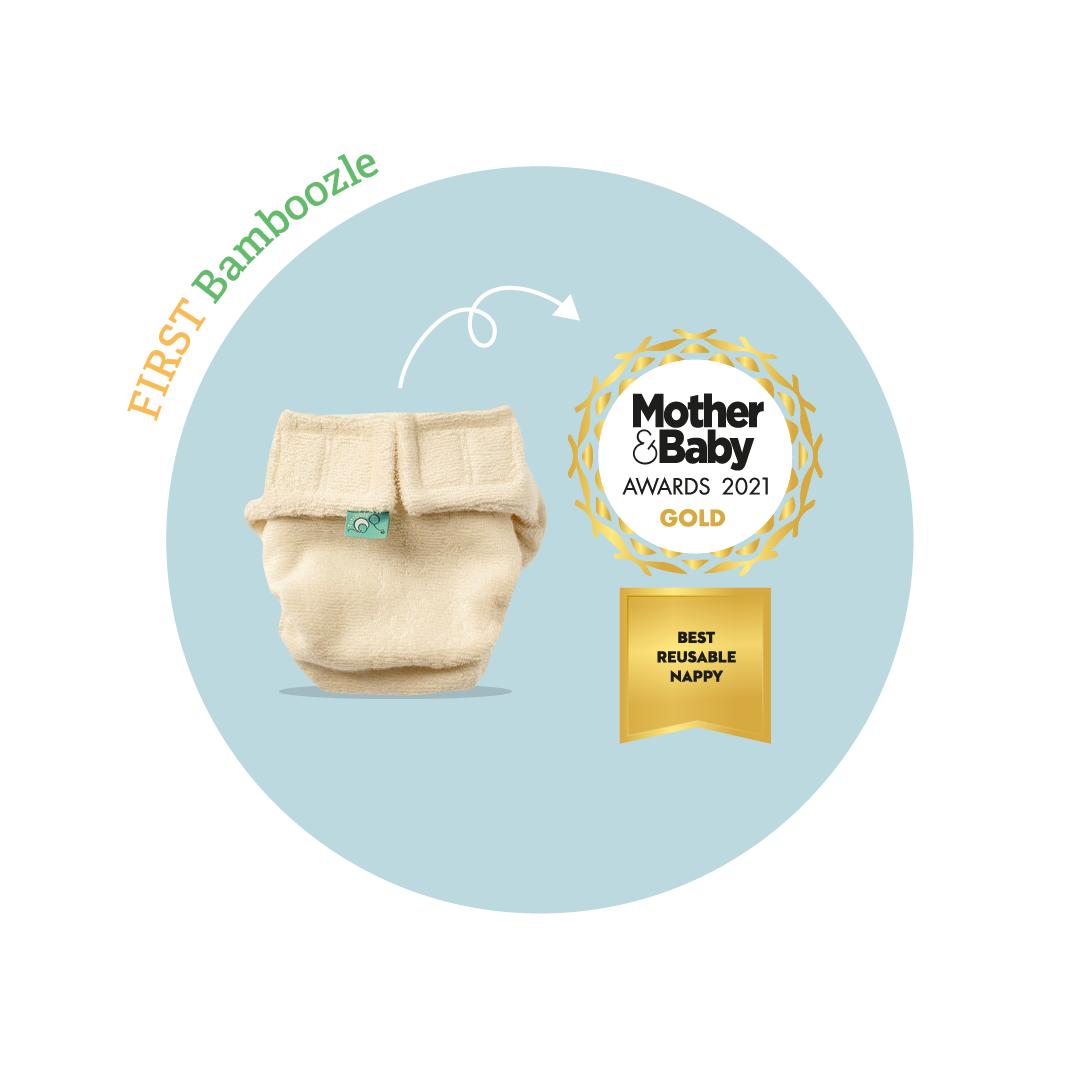 Our most-loved nappy, the EasyFit, landed on the scene in 2008. This all-in-one nappy was our first-ever printed design. 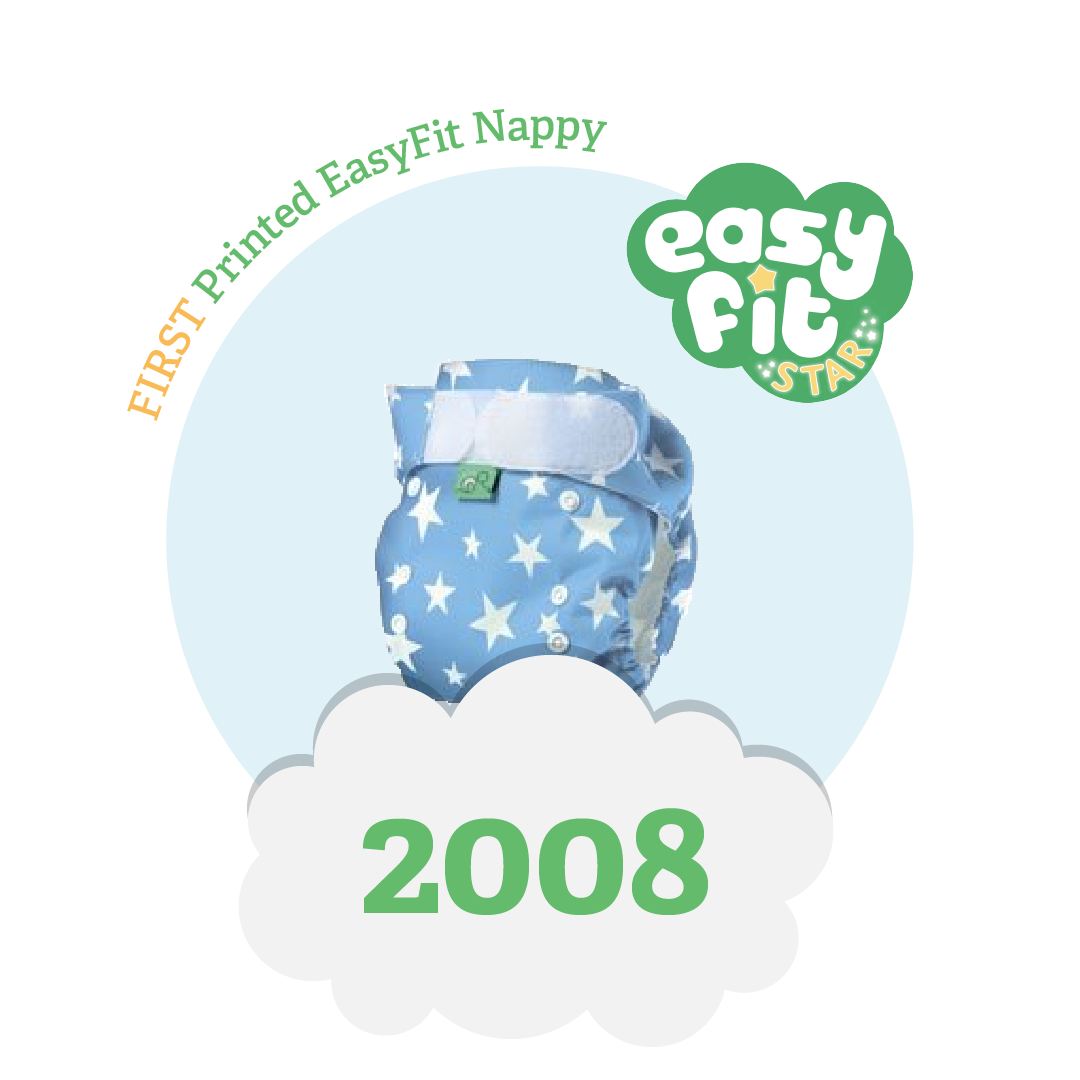 In 2011, we received our Oeko-Tex certificate, guaranteeing that our nappies are free from harmful chemicals. To this day, we’re the only nappy company to have our entire products certified (not just a component part) Yipee! 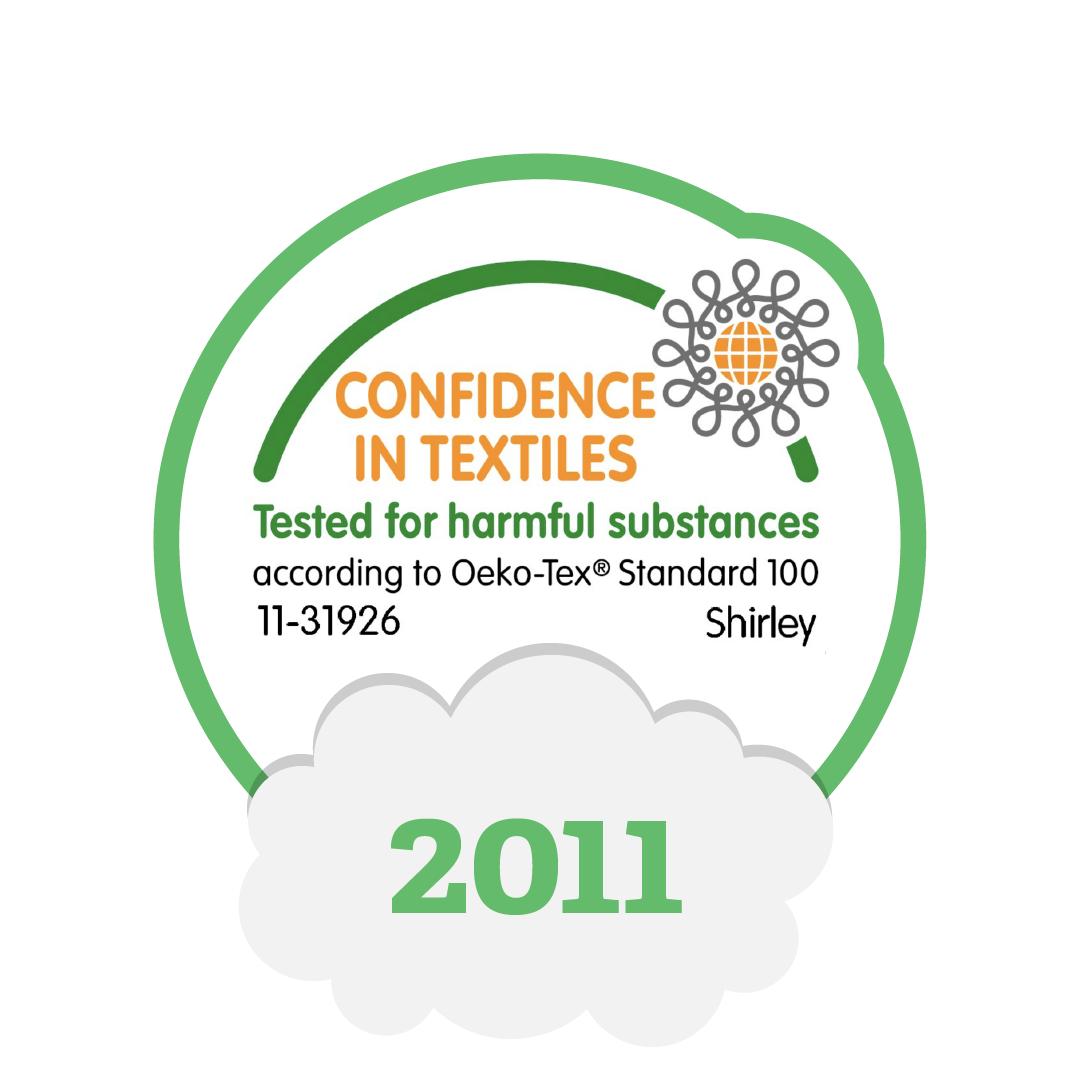 As the years went on, the innovations kept on coming. In 2015 we created the the PeeNut system. This two-part nappy meant parents could invest in cloth nappies for less. 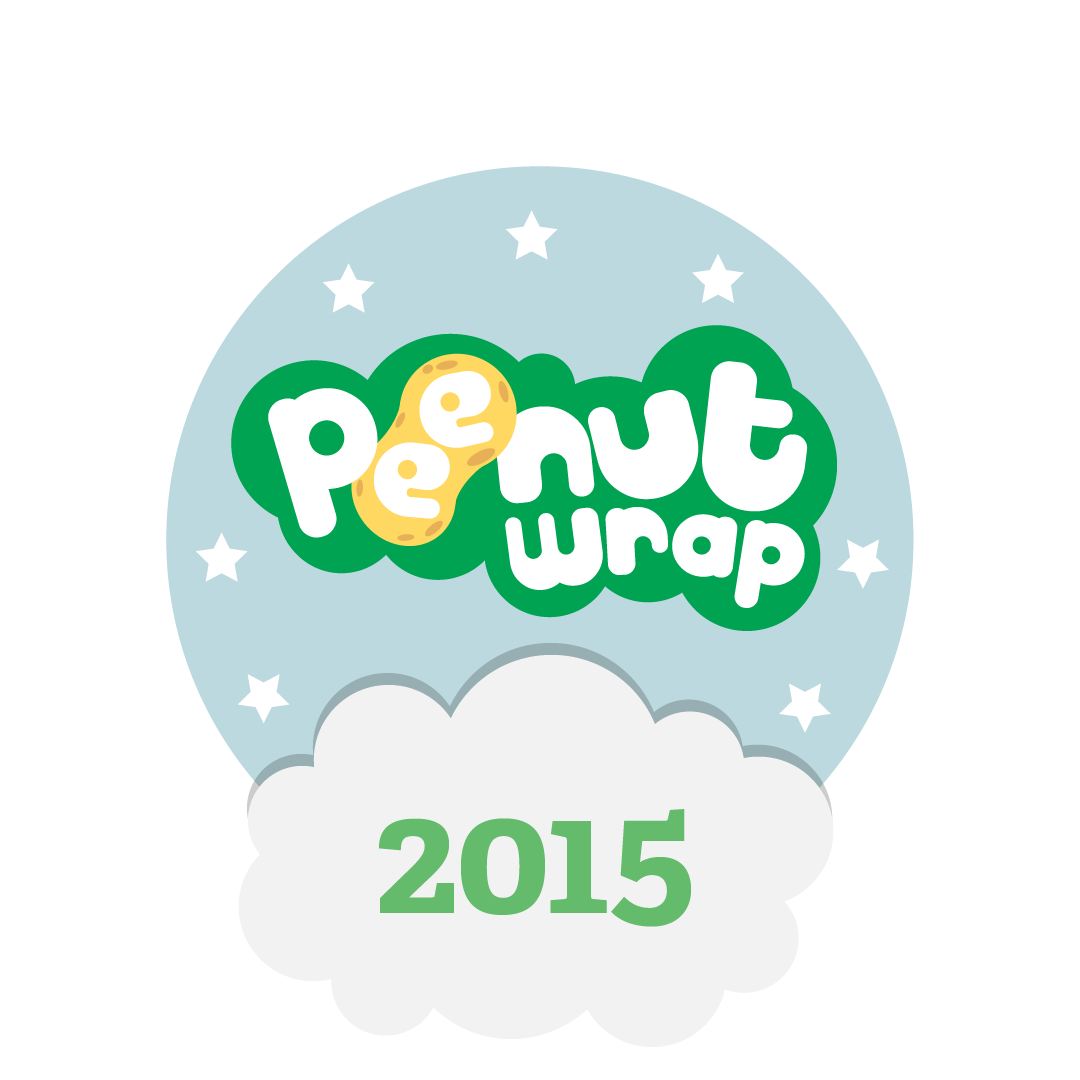 We became proud contributors to the Scottish Baby Box in 2017. This free box is delivered to every parent-to-be in Scotland and features baby essentials including a voucher for free TotsBots reusable nappies. 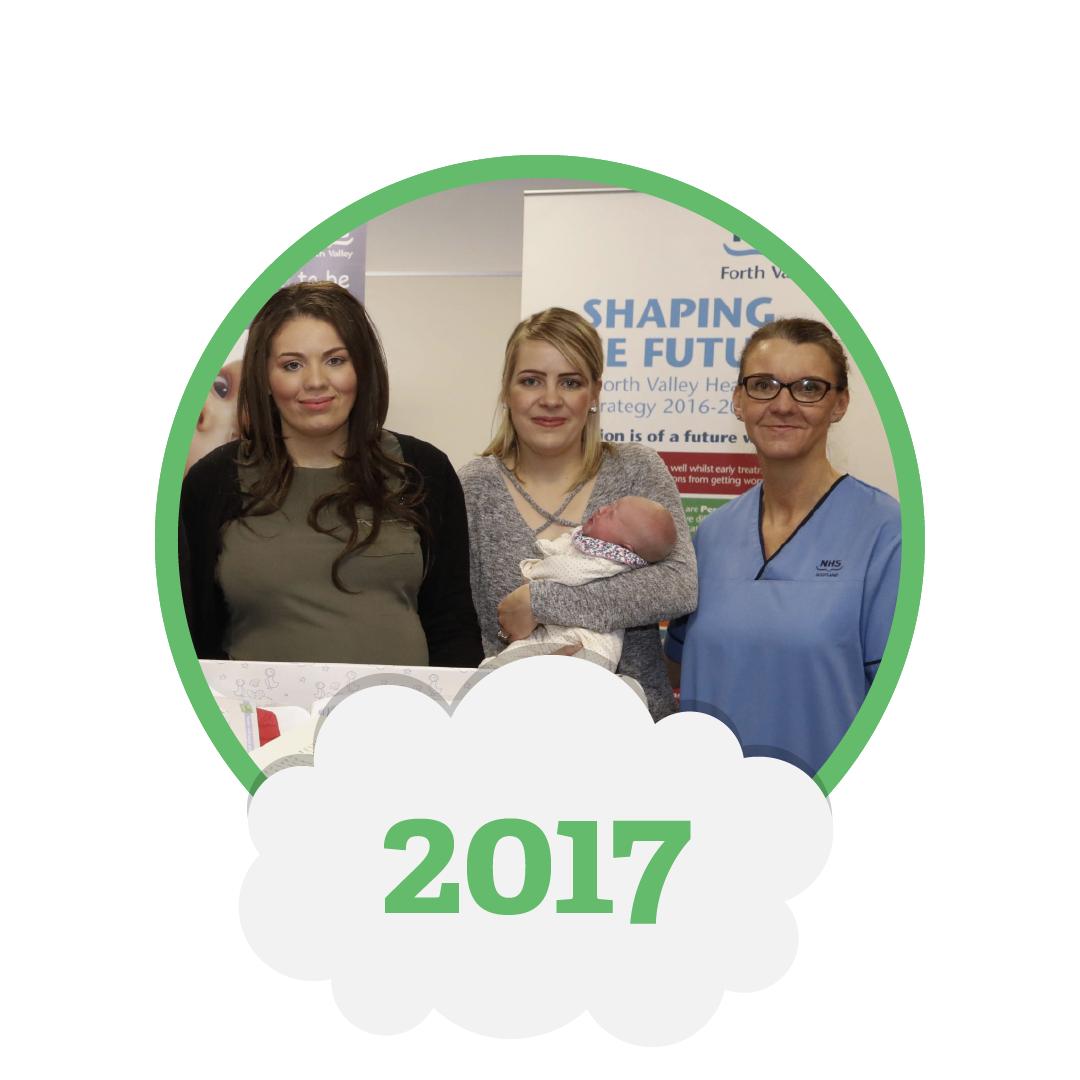 Making the best nappies in the world meant innovating at every stage of the production process. That’s why in 2018, we became the First reusable nappy company to make all of our waterproof fabric from recycled plastic. 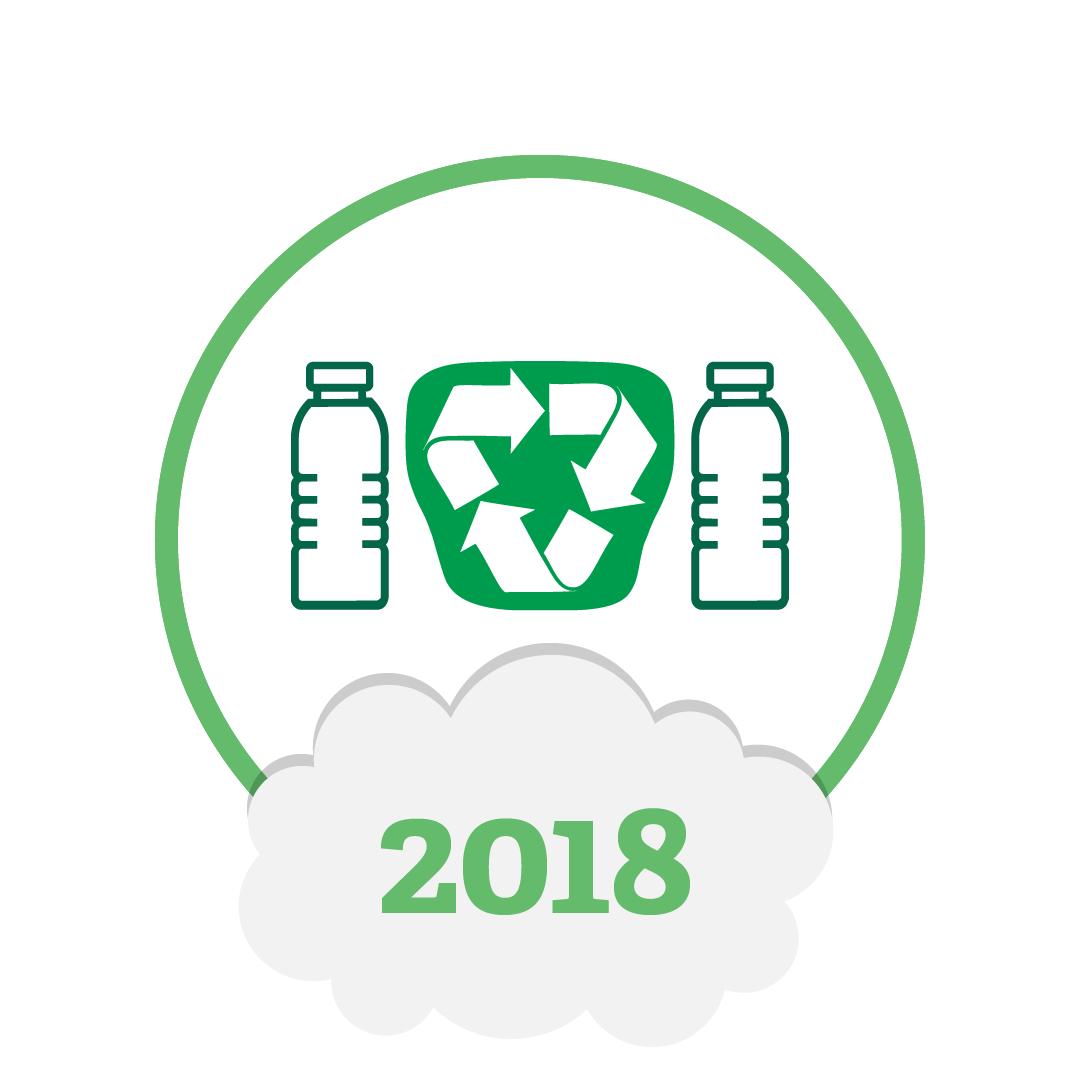 Not content with the odd print collaboration, in 2019, it was time to formally join forces with the super-talented Frugi team. Both brands wanted to make a better future for our kids by creating beautiful eco-friendly products, so it was a match made in fluffy heaven! 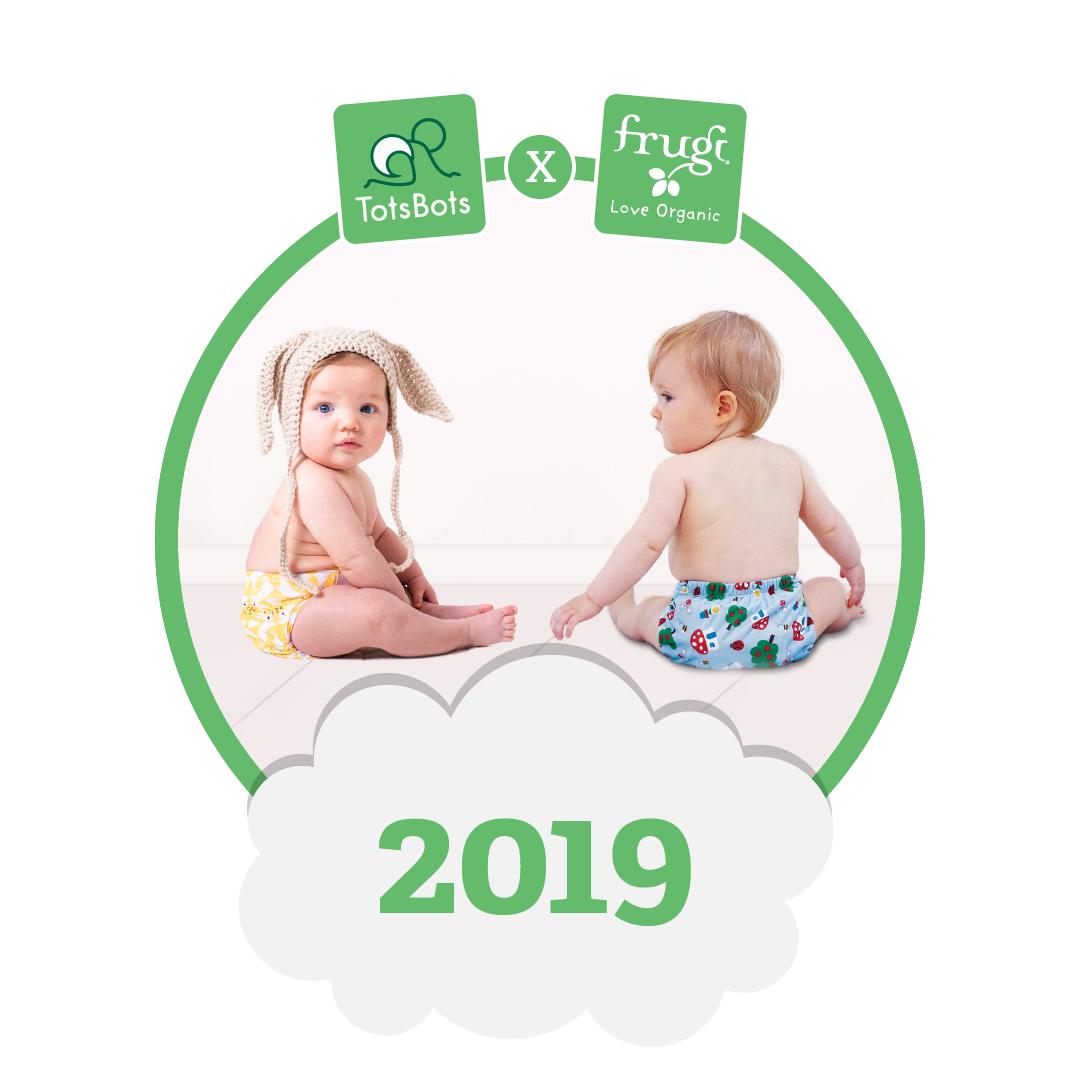 We turned 20 in April 2021! Hooray! But our journey is far from over. We’ll continue to manufacture in the UK and beyond, keep carbon emissions as low as possible, and shout about the benefits of reusable nappies from now until forever! 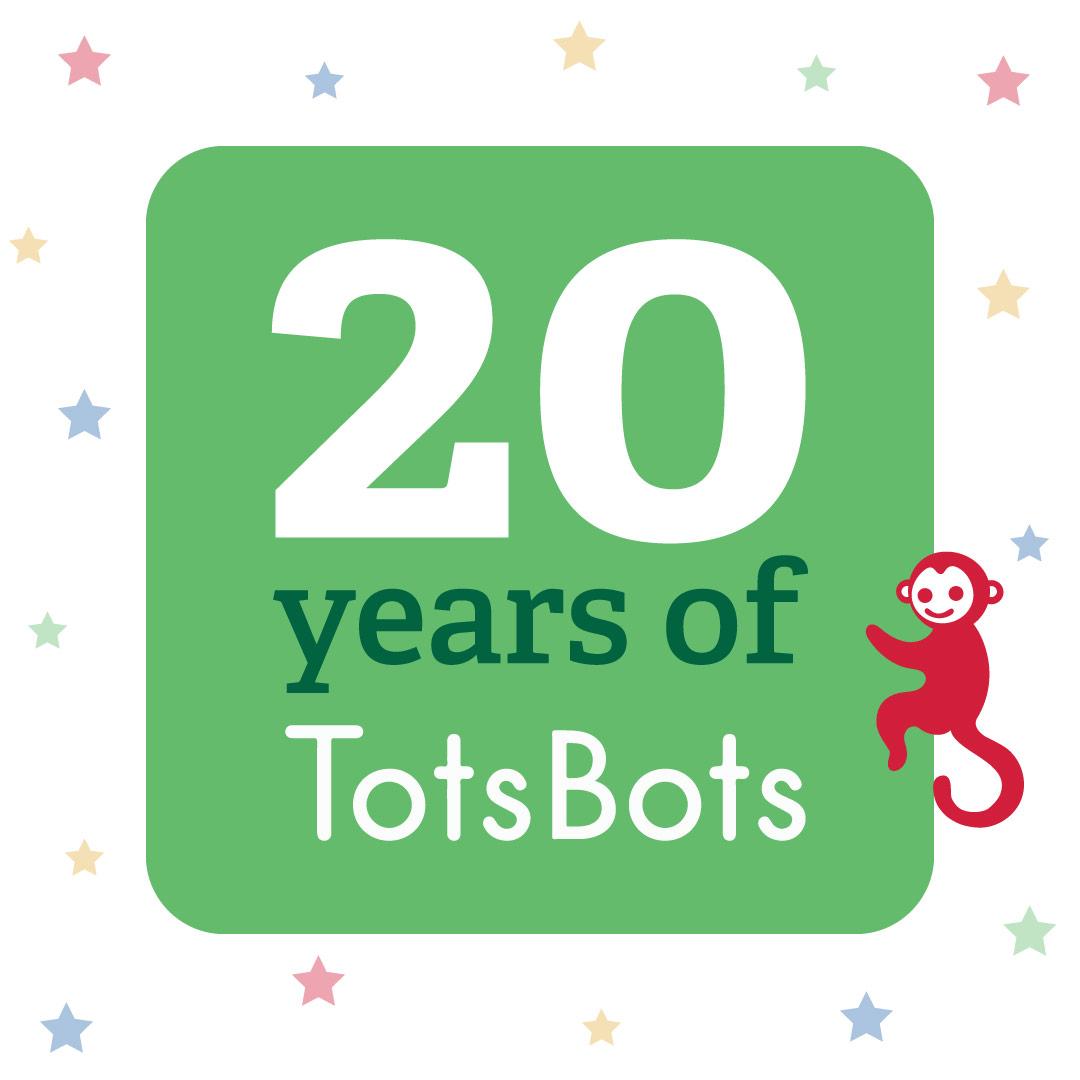